Last summer, the one-shot Marvel Comics Star Wars: The Bounty Hunter War – 4-LOM & Zuckuss ended with the droid member of that particular partnership having been rebuilt and reprogrammed into a ruthless killing machine whose sole mission was to take down his former companion. Now five months later Zuckuss and his new teammates finally set off in search of 4-LOM in the latest issue of Star Wars: Bounty Hunters.

Bounty hunters # 20 begins with Zuckuss, Bossk, T’onga, Losha, and Tasu Leech arriving at the “Wreck Belt” orbiting the planet Lotho Minor, where they tracked a signal to an allegedly abandoned Hutt freighter that had come from the smugglers. moon of Nar Shaddaa – where 4-LOM was last spotted. 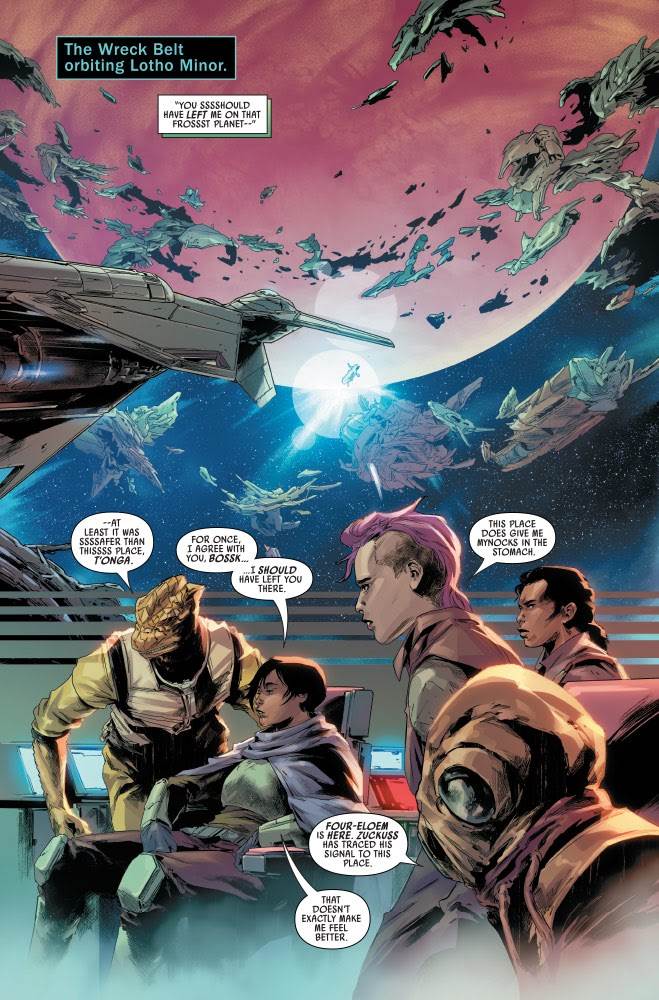 The following is kind of Extraterrestrial-similar investigation of the abandoned ship, culminating in an attack on Zuckuss by the now spider-shaped 4-LOM. It seems the signal was sent as a trap by the calculating droid, but Zuckuss – being a Force-sensitive member of the Ghent species – manages to outsmart his former partner by being one step ahead of him, as always. . There’s a cool, weird moment here where Bossk discovers an effigy of Zuckuss in the freighter’s pilot chair, only to realize more that 4-LOM was using it for target practice – ha! Meanwhile, in the Unbroken Clan Palace on Corellia, General Vukorah returns home to confront (and murder, ultimately) her grand boss, who lost all hope for the future survival of the crime syndicate after her daughter’s untimely death. Yes, it looks like, like so many people in the galaxy these days, Vukorah also works for Crimson Dawn and plans to help the Qi’ra faction take down Cadeliah, the last heir of the Unbroken clan and Mourner’s competitor. Union of Crying. 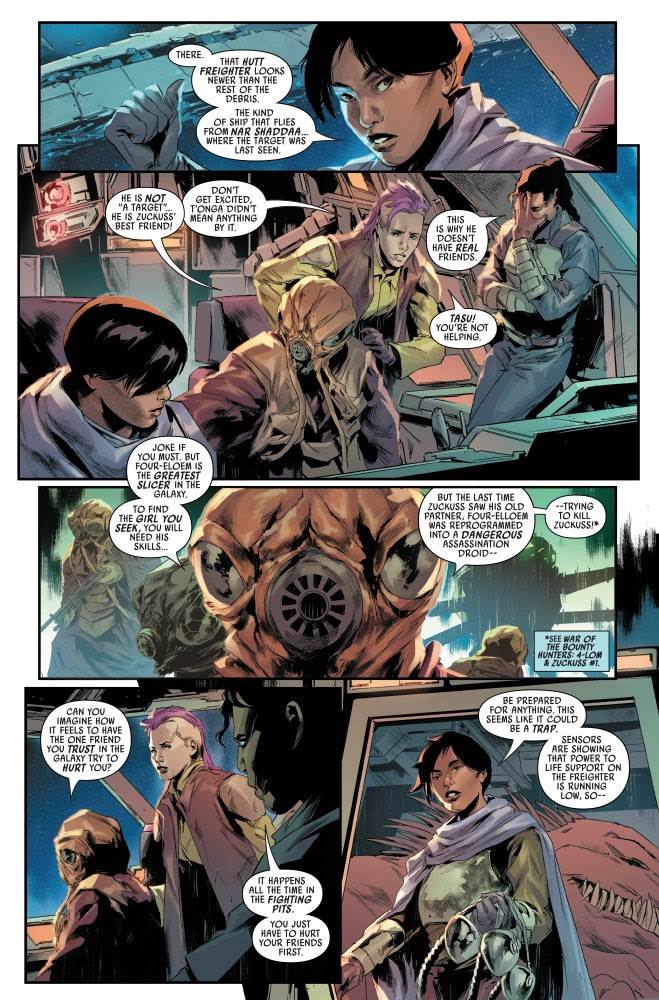 But this plot has been going on for quite some time now (it goes back to about the beginning of this Bounty hunters comic book series) and hopefully writer Ethan Sacks gets to wrap it up soon. But otherwise, I must say that I really liked this number which, if I am not mistaken, is the first to be entirely passed without the intervention of Beilert Valance, which has now gone to Star Wars: Darth Vader, where he serves as the reluctant minion of the Sith Lord. I don’t mind the concept of Valance, but this adventure featuring Zuckuss, Bossk and company is a little closer to what I originally imagined when Bounty hunters was first announced. And the illustrations in Paolo Villanelli’s series also continued to grow in me. With Dengar’s surprise cliffhanger in the final panels, you can color me with intrigue as to what happens next … but let’s just hope the whole Cadeliah story gets put to bed at some point before issue # 30. 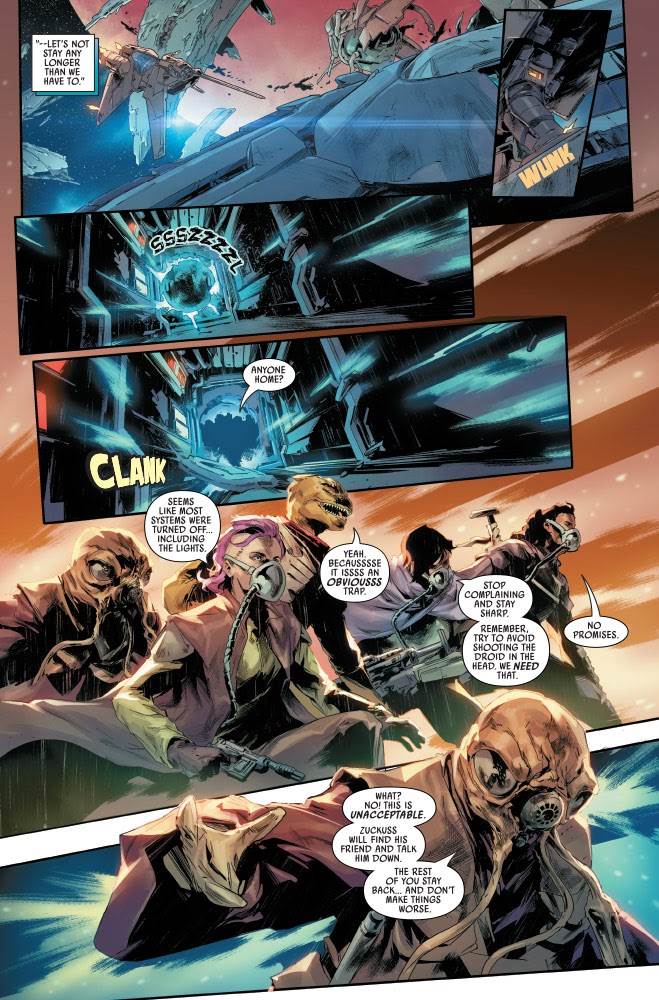 Mike is the senior reporter for Laughing Place in Southern California, editorial director for Star Wars content and host of the weekly “Who’s the Bossk?” Star Wars Podcast. He has been fascinated by Disney theme parks and storytelling in general his entire life and resides in Burbank, California with his beloved wife and cats.