Rashid Rana’s recent artistic endeavor, billed as a celebration of the melting pot of Pakistan, has taken a prominent place in the world and gained unprecedented recognition. Launched at the Dubai Expo 2020, the structural work titled â€œThe Unity of All That Appearsâ€ is made up of thousands of custom-built pieces spread across an architectural ensemble, conceptually manifested by diversity in Pakistan. The project is one of the largest works ever produced by the artist, comprising 24,000 unique panels.

RR: â€œWe used aluminum composite panels that were finished with a reflective surface and a printed surface, assembled in Dubai, as I oversaw their process remotely, for the most part. The technique used comes from some work I have done in the past involving reflected and printed surfaces used simultaneously in a certain geometric order. However, this work came out a little different because it is in an architectural format â€

The artist has a long-standing repertoire of work with microelements that manifest as a single macro visual ensemble, and the Pakistan pavilion undoubtedly displays the same technique. While the micro units look the same, they are actually all slightly different in size, color, and geometry, intended to symbolize the diversity and vivid beauty found in the unit without being put off by the differences.

While the presence of diversity may be an undeniable fact, the precursor to the term “celebration” is at odds with the topic and how it relates to our daily lives. It only takes a glance at our country’s track record with regards to minorities or different ethnic groups to prove how disturbing diversity is to us as a country. Given the growing grievances that minorities face in our so-called land of the pure, the facade on display at Dubai Expo serves more as an ideal than a reality.

RR: â€œEach panel is slightly different and unique. It resembles the materiality of our nation given its diversity; geographically, climatically, culturally, ethnically and racially. But it also leads to different hurdles, especially when power structures tend to rely on sameness, which we don’t always recognize in our society. This work aims to appreciate all our differences because when diversity is recognized and celebrated, it leads to a harmonious order between things.

Without any critical or satirical twist in this installation, the artist attempts our nation’s utopian dream, where the differences between individuals can not only be celebrated, but proudly proclaimed to the whole world as our treasure. This is exactly what turns a viewer on regarding the Pakistan flag, as it shows us a glimpse of what might be, instead of what is.

RR: â€œBeing an international exhibition with 192 pavilions, one of the main goals of my work was to attract the crowd through something aesthetic. Within this kind work of art, if one can send a positive message, then that is a bonus. Ultimately, this artistic intervention is not a slogan, but simply a work of art that is aesthetic and enriches the experience. It reaches wherever it reaches.

While the pandemic may have distorted all lines of communication, the fact that something on this scale has been achieved is laudable as its own achievement. The project spanned a period of three years while the actual fabrication and field drawings of Rashid Rana’s work took about four months. Visually vivid and inspiring on a large scale, the success of the Pakistan pavilion manifested itself in interesting ways at the end of what seemed like an endless hellish landscape of communication barriers we now know as Covid-19.

RR: â€œThis is not something I am doing for the first time considering my avid incorporation of automated or digital elements into the works of the last twenty years. My practice over the years has evolved in such a way that most of my professional productions tend to take place at a distance. My team also monitored the day-to-day processes and Uzair Faruqui from my team also provided notable help in the project along with Tariq Ali, Kamran Nabeel and Lariab Ahmed. Not only that, but several other people have lent their support. Razak Dawood, advisor to the Prime Minister, showed great confidence in the work as the project manager of the entire Pavilion, Shahid Abdullah, believed in the process and gave me carte blanche to exercise my creativity .

A vagrant or a researcher is the very distinction of the identity of an artist, always on the move, in search of inspiration or new experiences. Although Rashid Rana has a physical studio based in Lahore, he does not manufacture all of his designs there. “Wherever I am, this is my studio.”

RR: â€œThe biggest challenge was whether what I envisioned could really be achieved. If there had been a deviation in the end result from my vision, I would have felt helpless and anxious about it. So, I’m grateful to the manufacturers who managed to do almost what I wanted. I will say that I had considered another step where I wanted these aluminum panels to be kinetically fed with the help of the wind, and I wanted them to float instead of staying in one place, but the time constraints and the technical difficulties made this impractical. “

The pavilion’s visual imagery alone is impressive and stays true to the artist’s widespread brand of assimilating multiple pieces to execute a larger concept. Rashid Rana’s work often explores elements of reconfiguration and reconstruction, belonging to two or more realities, in conceptuality and in tangible reality. This great differential quality in his contextual work is what sets the artist apart as a pioneer, as the very act of subverting stereotypes creates a satirical commentary that takes the viewer from perceived realities to critical truths, the latter often harder to understand. disclose. 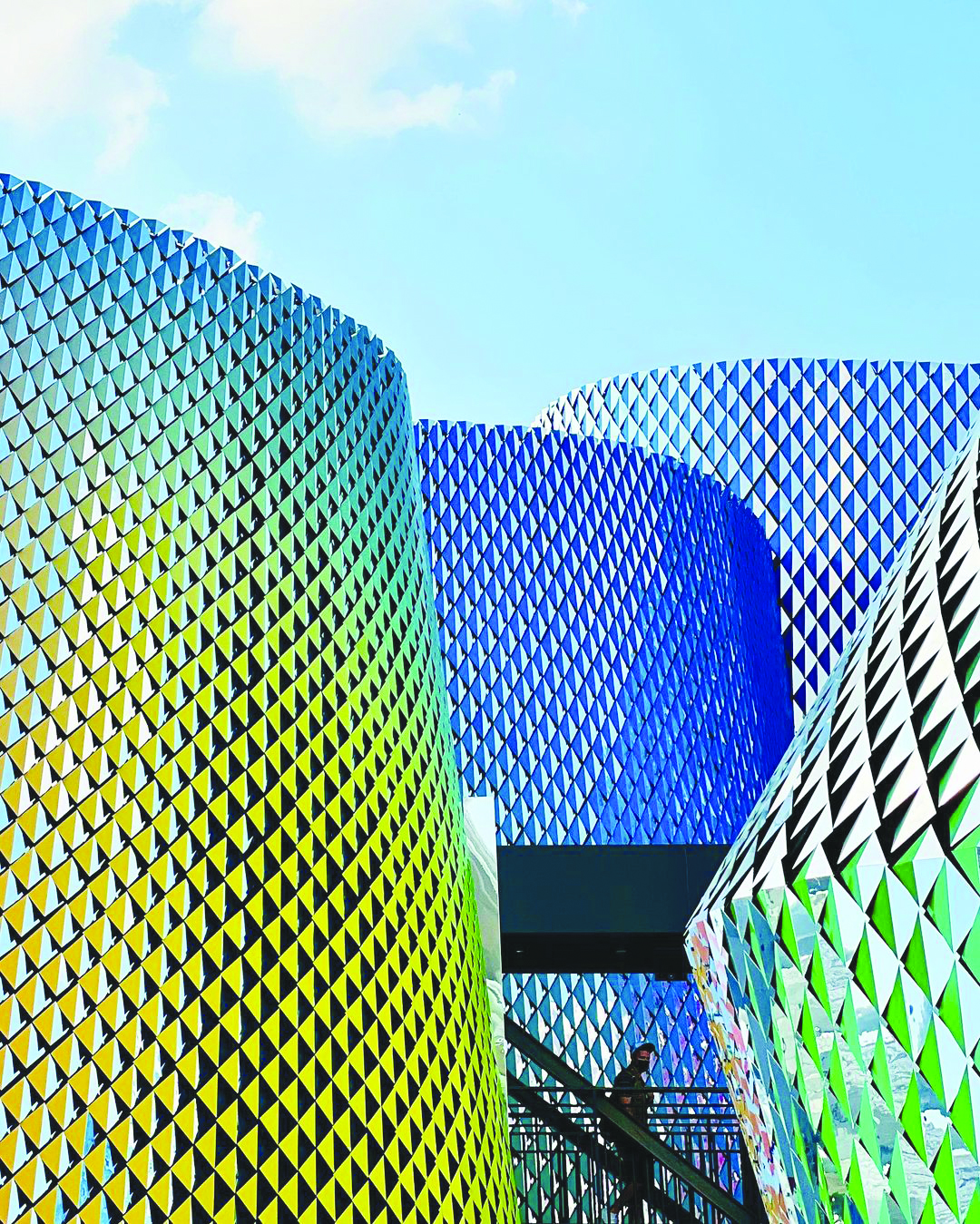 To fully see Rana’s art, especially works from her mosaic era, the viewer often has to first observe it from afar and then come closer to grasp the true meaning of the work. This very act of looking at two different angles, bringing to light dyadic ideas, becomes symbolic of seemingly individual truths and their juxtaposition with one another. This not only subverts the viewer’s perspective, but asks each person to re-evaluate their reality as they move between the macro and micro elements of what they see. The viewer inadvertently ends up participating in the deconstruction of the conflicting realities offered in the work, acting as an active disruptor and seeker of critical truth with the artist.

Take his work on display at the Karachi Biennale 2019, for example, titled â€œOffshore Accounts,â€ which portrays ideas of consumerism and environmentalism in the same canvas. From a distance, the image depicts the gentle waves of the sea. The spots of debris and the white foam of the waves, however, are micro-images of landfills and areas of accumulated plastic waste. In another example, the apparent depictions of traditional indigenous red carpets are actually many small photographs of flesh and blood taken at a slaughterhouse in Lahore when seen up close.

RR: â€œIt’s a bit of a strategy. I am fascinated by the idea of â€‹â€‹parts, including macro and micro, and their entanglement and relationship to each other. The â€œmicroâ€ and the â€œmacroâ€ in my work are often poles apart or at a distance, contextually. Whatever the narrative, I let the audience steer it between the two extremes. I want the viewer to be an active participant in my work rather than a passive viewer. I want my work to be fun and conversational rather than a rigid slogan. “

This fascination with the grid, perhaps inspired by one of Rana’s early mentors, Zahoor ul Akhlaq, has manifested itself in several ways, as Rana navigates a post-colonial reality. Her opposition to rigidity extends to her identity, where Rana is constantly at odds with the dichotomy between east and west, and the preconceived ties that accompany these two worlds. In the words of artist Michael Hilsman, he seeks to “transcend the stigma of Western media and patriotic narratives.”

RR: My belief in unfixed notions of identity connects all of my practices, be it artistic creation, engagement with academia, curatorial work, or other forms of collaboration. I see them as forms of creative production. I aspire for the art world to evolve towards non-prescriptive ideas of geography and identity. I want my students and the next generation to have all the freedom and be able to have a bigger canvas. Just because we belong to a specific place doesn’t mean we’re supposed to follow certain stylistic conventions from the past. If an artist is from a developing country and was colonized in the past, their work is often expected to resemble their native land or relate to their (pre) colonial past. It should not be a primary expectation. All my struggle throughout my practice is aimed at seeking more freedom for artists and creative minds, especially in Southeast Asia. 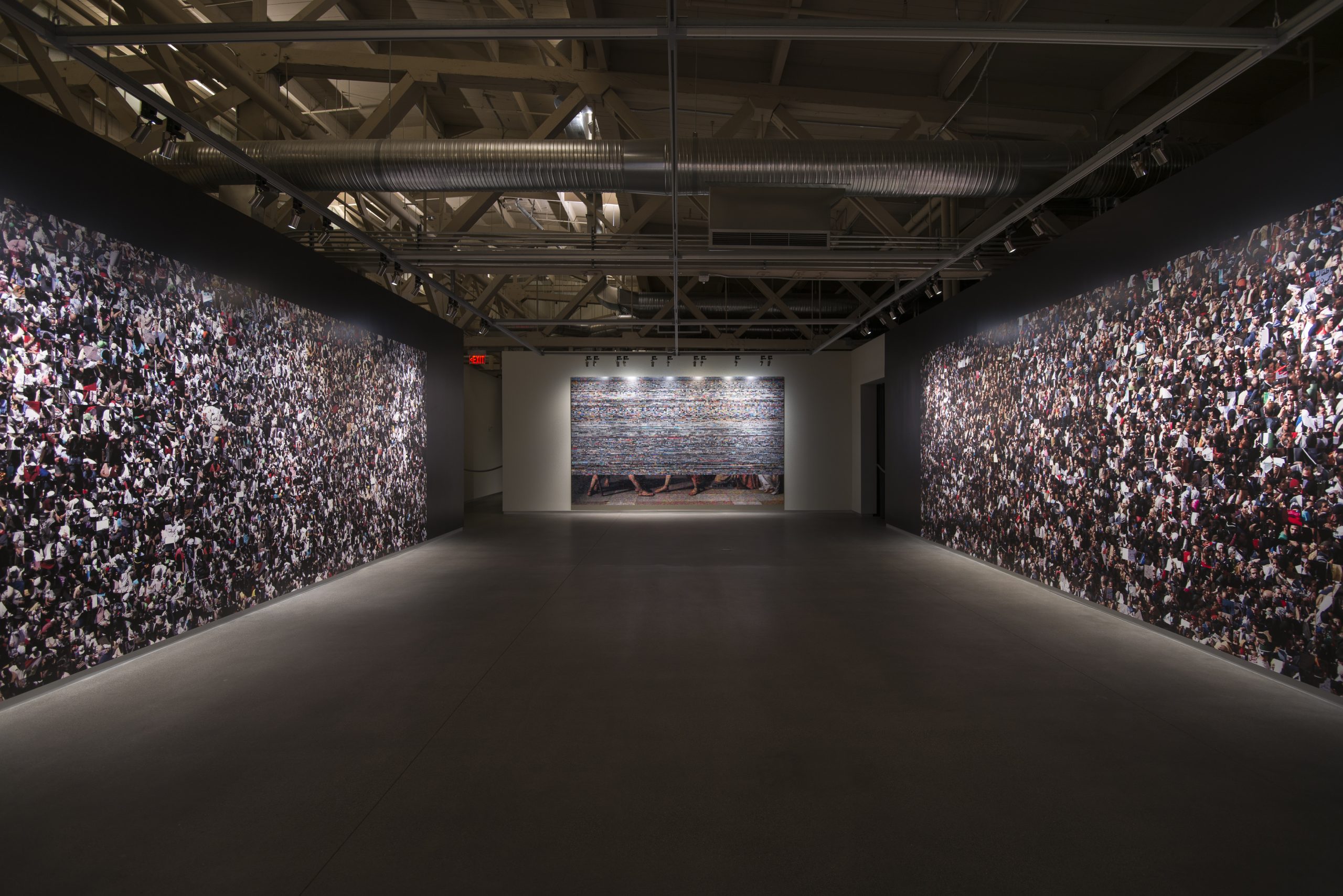 Even when the artist delves into seemingly traditional imagery, for example his work titled â€œI Love Miniatures,â€ where an apparent portrait of Mughal Emperor Shah Jehan is a conglomerate of massive billboards from Lahore in reality. , he applies a subversive strategy to criticize his interest in the notion of identity. His playful response to â€œneo-miniaturistâ€ expectations of him is completely turned upside down by mimicking a classic miniature work of art with his city’s current visual culture. Not only that, but the work was accompanied by a faux-gold frame of European traditions, again, knocking out cultural assumptions related to his or anyone’s work.

The artist is constantly pushing the boundaries not only in the peripheries of identity politics, but also in the midst of the limits of what we call art. His latest project, called EART, is a concept that describes moments of self-expression beyond the arts: ways of thinking, being and acting creatively in real life. The acclaimed Pakistani artist examined how the concept could be applied everywhere from social media to real estate development. And alongside that, the concept also comes true as a physical store where Rana has opened a store in Manchester, suggesting the possibility of a world without paid advertising.

Rashid Rana, widely regarded as the most important Pakistani artist of his generation, has a body of work of international renown. For the artist, the most emotionally striking work is the Flesh and Blood series from his transliteration time, while the most significant projects for him include his recent work, EART.

Rana is a Lahore-born artist and his works are held in prestigious collections such as the British Museum in London, the Metropolitan Museum of Art in New York and many other establishments around the world. Originally trained as a painter at NCA Lahore, he studied at Zahoor-ul-Akhlaq, followed by a master’s degree from the Massachusetts College of Art, Boston. He is also a founding faculty member and currently Dean of the School of Visual Arts and Design at BNU, Lahore.