On Friday, December 3, Two Pot Screamer, the latest company from Penny Hospitality Group, will open at the former Rundle Street site of Orana and Bistro Blackwood.

The hospitality entrepreneur first considered launching the concept in a pop-up during Fringe that he planned to call Ridgy Didge.

The concept was then that of a “really crass Australian food truck atmosphere”, but the demands of West Oak, which he had only recently taken up at the time, hampered him.

â€œAs my career progresses it really sticks in my mind, I really want to have this portrayal of Australian culture through what I think is fun Australian food,â€ says Hugo.

“It’s not gastronomy … [but] we will have great food. We have the amazing Georgina (Fehring, formerly Chef at Magill Estate) to represent this for us, but it takes, from a service standpoint, everything about food and remakes it in what we think. should be a good dinner.

On the food side, the references that Hugo wants to hit are â€œChiko Roll, the Bunnings snag, Napolitan ice cream, like a Golden North vibeâ€.

While the space on the ground floor will have table service, the restaurant will be â€œalcohol-drivenâ€ and â€œeverything to have a good timeâ€.

“The experience you will have is an Australian barbecue in a garden, but in an incredible place with fine cuisine”, explains Hugo.

Upstairs is the Two Pot Screamer bar, where there will be a snack menu, which can develop into a wider offering depending on how the public chooses to use the space.

Table service is not offered upstairs, to adapt to its more relaxed atmosphere.

Besides the restaurant’s champagne offering (a tribute, according to Hugo, to the history of the space as the Universal Wine Bar, founded by Michael Hill Smith of Shaw & Smith, which he said was “the beginning great French and Italian wines in Adelaide â€), the wine list is entirely Australian.

The spirits list is also very parochial, and there will be a cocktail list that plays into the nostalgic Australiana theme.

â€œWe’ll be playing around with things, like a Hills Hoist cocktail, which will pick up the flavors of a fruity Lexia but recreate them into a truly amazing cocktail,â€ says Hugo.

â€œWe take the flavor profiles, but we do it in a serious way, but we also have a lot of fun with it. There is no pretense about this place, and that’s what I really like.

Hugo anticipates that Two Pot Screamer will start regularly until 2 a.m., with a catering service until around 9:30 p.m.

The design of the space came from Frame Creative, who became a business partner of the project.

Frame is also a partner of West Oak and Lion Arts Factory, and the design company has scored other projects for Penny Hospitality.

Simon Pearce, one of the founders of Frame, says the project was a quick sale for him – which was fortunate, given Hugo’s proposed eight-week deadline for the restaurant.

â€œHugo told me about the vision, and I was like, ‘Yeah, I love it. I love the name. I’m in.’ And then, literally, he went, modeled the space, â€says Simon.

â€œWe put the design together in literally two days and then had to start ordering everything to get it on time because shipping worldwide is a nightmare. “

After getting a lot of favors, Simon was able to bring many custom elements to the Two Pot Screamer layout within the eight week time frame, including chairs and lights, all of which work towards a ’70s Australiana design aesthetic. . 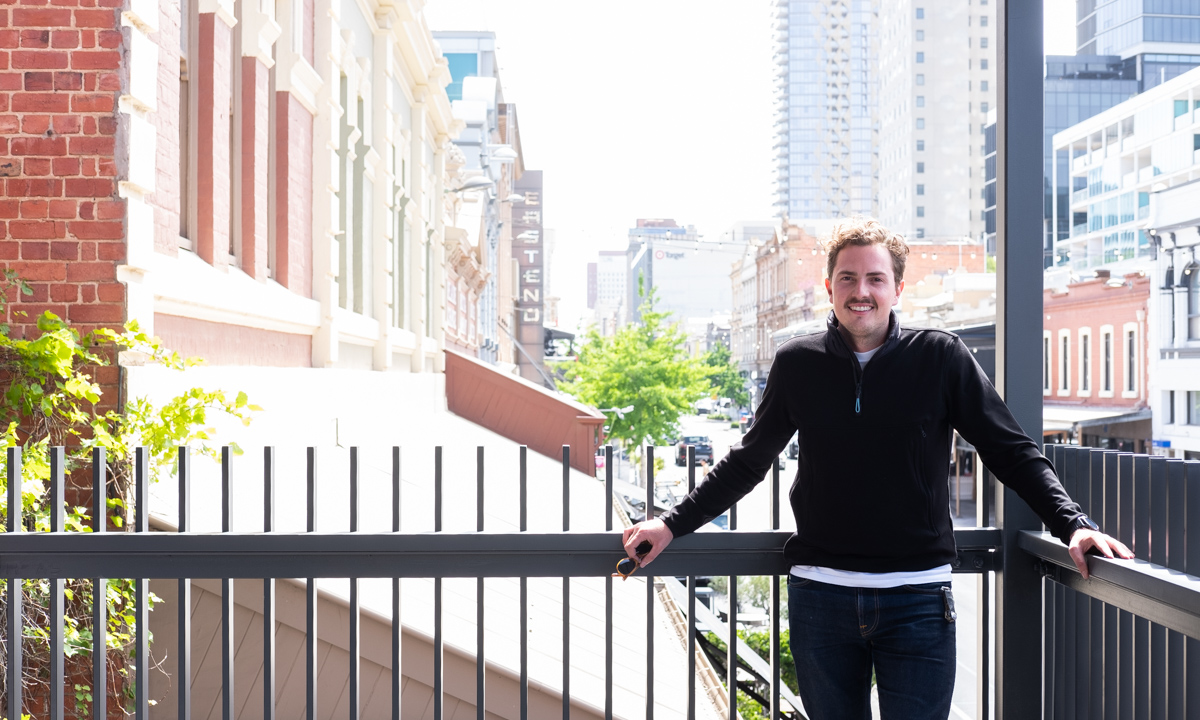 Hugo Pedler on the balcony built for Two Pot Screamer

A major aspect of the renovation of the site was the addition of a balcony, which was built with the help of the Maras group.

This act of support â€œwas a turning point for me,â€ says Hugo, and convinced him that investing in the East End was worth it.

As Fringe approaches, Hugo is thrilled to be part of the community now.

â€œI love Rundle Street. I have always loved Rundle Street. I started my career in Little Miss Mexico with [Stuart Duckworth] in the East End, the Fringe is obviously such a big part of it, â€he says.

â€œI think the good operators have survived and are still doing very good things, and I am delighted to be working with everyone in the East End revival on the East End.

“We don’t need the hospital, we have our own thing for us, and we can regroup and move on.”